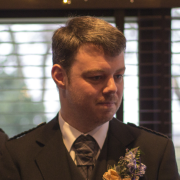 Hi, my name is Chris Shennan and I'm a senior php developer and aspiring indie-hacker.

Recently I responded to a Twitter thread about whether you should return null or throw an exception when an error is encountered and it got me thinking, especially when the tweets started going back and forth. I thought it would be beneficial to gather my thoughts together into something more cohesive and here we are.

Throw Exception - I'd rather my app crap out, and make use of @getsentry to log it and notify me so I can resolve is a short timeframe instead of my app silently failing and pretend everything is fine for an extended timeframe.

We've all had this conversation

Me: Can you provide some details about the issue?

Returning null is effectively the programmatic equivalent of the above conversation. It "may" tell you that there is a problem but it provides no context about what happened or why, so debugging and resolving issues where a null value is returned become difficult.

Now let us consider what could be inside getSubscription(). Without delving deeper into the code, getSubscription() is effectively a black box. It could just be a couple of lines of code which return a Subscription object, or it could involve calls to an external system which manages the subscription details. i.e. if we have the following code

It's unclear whether a null response is a because the customer does not have a subscription or a server error connecting to the Subscription API.

Returning null can result in long-running problems that are masked because the application "appears" to be working correctly. Imagine the case where we are performing a calculation based on 2 values retrieved from a database record. We could return null if either value is empty but if we're not careful with the next bit of code, that null could be interpreted as a 0 which could result in completely incorrect values in further calculations.

The following is an overly simplistic example where I am attempting to get a LineItem total value - I've stripped out the logic that would be involved in determining the price and markup multiplier and I am just returning what would be the calculated value for simplicity and clarity.

In the above example running $lineItem->getTotal() would return 24, however, let's consider what would happen if the applyMarkup() method was to error and return null.

In this scenario, running $lineItem->getTotal() would return 0; The application would appear to be working as no errors are being reported by your application, but the result is that you could be giving away a lot of freebies.

When we throw exceptions we provide context about what is happening - as a minimum it allows you to describe the error that happened i.e.

Throwing specific exceptions (or custom ones) can provide you with a greater level of detail and can be used within try-catch statements to allow you to do different things depending on which exception was thrown.

As returning null doesn't provide context, you can only handle it in a generic way i.e. display a "Sorry, an unexpected error occurred" but if we throw exceptions then we can provide context and with that, we can decide to handle things in a variety of different ways.

Let's consider Amazon's 1-click checkout - There could be a variety of things that go wrong as part of that process. If we returned null for an error we could have something that looks like

But if we use exceptions, we can change what we do based on the exception as we now have context

Note: in the case above I've not caught the default Exception and this is because I want to handle the cases I except and I want the unexpected to error out so I can capture these issues and identify how to resolve them.

Now I can hear some of you shouting "What about the graceful degradation of your application? If you throw an exception then your users will get a bad experience!"

This is true, they will have a bad experience, however, graceful degradation should always be the aim but not to the point of potentially masking issues - this will cause you more pain and cause your customers more grief in the long run. Would you rather be told "We tried to take a payment and we can see an error with that attempt so we'll go and fix that" or "We tried to take a payment but we don't know why it failed?"

My recommendation here is

... and get the ramblings of a wannabe #indiehacker straight in your inbox once a month.

You have been successfully added to my newsletter.

I won't send you spam and you can unsubscribe at any time.